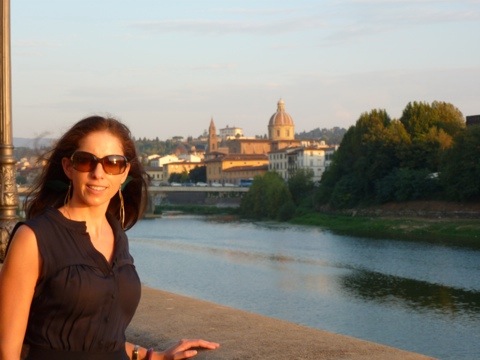 With full bellies we sadly left Bologna, as the city immediately won our admiration. But our dismay was short lived. We arrived in Firenze ready to be serenaded by another Italian charming city. Ready for a good night’s sleep and we will have more to report tomorrow.
Buona Notte 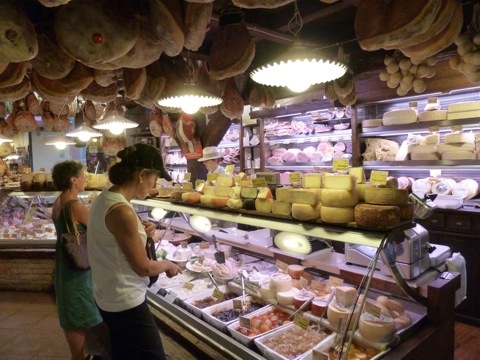 The city of Bologna is charming us at every corner. After viewing the cluster of churches of San Stefano which was begun in the XI century and still actively holds masses today, I had to reflect on the power of worship. Here we viewed priests leading a congregation of believers just like was done some 1000 years ago. Today we throw away computers that we bought five years ago as obsolete instruments. I wonder what will be the signs from our century that will endure for the next 1000 years. Well dear readers I can answer the aforementioned question. After walking around the cheese and cured meats stores of Bologna, after sampling the sweets and chocolates of the fine confectioners, after a dinner of tagliatelli ragu and tortellini stuffed with pumpkin and sage…..the answer is the foods of Bologna will endure another 10 century ( and my guess is the Catholic church will endure as well ) . God bless and Buon appetito. 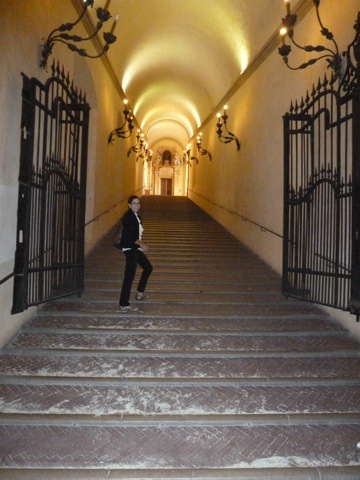 Bologna, a city miles of covered terra-cotta arcades is a walkers dream. We began day one by strolling to the Piazza Maggiore. Our destination was the Morandi Museum. My passion for still life paintings gets reenergized when I see this artist’s work. Giorgio Morandi was born and raised in Bologna and is one of the city’s favorite sons. His still lifes and landscapes offer a purity of form and a distillation of colors that evoke a powerful image. The current exhibit is paired with the works of American artist Wayne Thiebaud. Thiebaud’s understanding or shape, form, shadows bring a modern juxtaposition to the exhibit. When entering museum…..take the stairs…amazing structure! See photo.